How to Improve Your Pilot Career by Evaluating Pilot Seniority Lists

When you start working for a new pilot employer you will be issued two numbers. The first number will be your part number (employee number) and will be used by your employer to identify you. The second number, and more important to you, will be your seniority number. Your pilot seniority number will have a significant impact on your quality of life and many aspects of your career. There will often be a large difference in the quality of career for two pilots at the same employer based on seniority - even if the hire dates don’t vary by much.

Seniority numbers are assigned based on date of hire. How an employer breaks ties pilots having the same date of hire varies. Common tie breaking methods include numerically ordering based on a part of social security number, date of birth, who completes parts of training first, or random.

Some crew bases (domiciles) are more preferred than others. Domiciles can be more desirable for livability, affordability, ability to commute to, or places where large concentrations of flight crew already live. Within large operations schedules can vary significantly between domiciles. New pilots are usually assigned to junior domiciles. 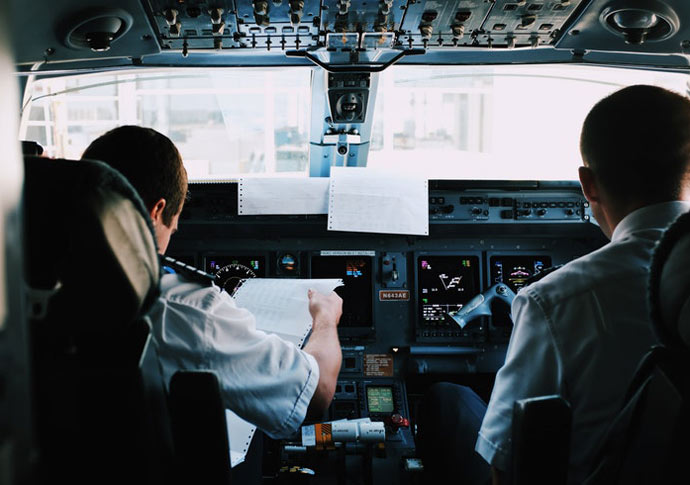 The type of airplane will determine schedules, quality of life, and pay. Most operators have different pay rates depending on airplane type with the larger airplanes paying more. Airplanes that average longer leg lengths have fewer takeoffs and landings in a day (less work), and pilots that fly these planes usually get more days off each month as they accrue pay faster.

Upgrading from First Officer to Captain is based on seniority. There is a significant pay difference between the pilot positions at most employers. When tracking upgrade time at each employer this is typically expressed in terms of years and is found by the hire date of the most junior captain.

Pilot Schedules and Days Off

Schedules are created as lines of flying. A schedule for a period of time, usually a month, is created and assigned a number. Each schedule period pilots bid on the schedule lines they want in order they want them.

The lines are awarded to pilots starting at the top of the seniority list and moving down. Each pilot will be awarded their top chosen line that is remaining. Where a person is awarded a line in this system has significant impact on their quality of life. Lines are built so that some are desirable schedules while others are considered not desirable. More seniority means pilots consistently get better schedules and are better able to get specific days off.

Vacation weeks are bid on within the seniority system. Each week during the year will have a set amount of slots available for vacation. The system goes down the order of preferences for the pilots and awards weeks based on their top choices remaining. Senior pilots will get desirable weeks off for vacation such as holidays and summer time. Junior pilots get the vacation weeks that are left.

It is important to be aware of the condition of an employer’s seniority list when considering applying. Each pilot employer goes through cycles where there will be significant movement within their ranks and there will be other times when that movements stops. Things to be aware of are upcoming mandatory retirements, fleet growth plans, and where an employer is at in a hiring cycle.

Employers can have multi-year spurts of mandatory retirements. These are especially important to be aware of as they can mean gaining significant seniority fast.

Evaluate retirement numbers as a percentage of total pilot group. Seniority movement is more a percentage game and less absolute numbers as it will be your relative seniority within a list that determines your quality of life. 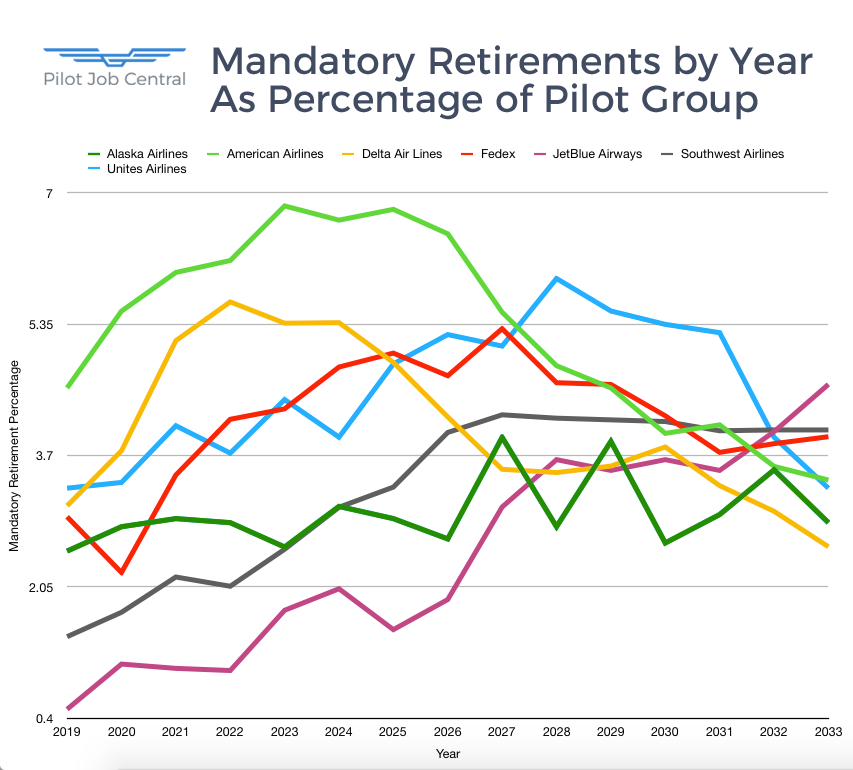 When airplanes are added to a fleet additional pilot jobs are created. A pilot group increasing in size will cause upward movement in seniority.

Be aware that total aircraft orders are not an indicator of airplane fleet growth. Many airplane orders are intended to replace existing airplanes.

Timing cycles can be difficult, especially knowing when a hiring boom is drawing down. An employer can have lofty plans to hire pilots over prolonged period but outside economic factors can change these plans dramatically. The best practice is to be aware of pilot hiring plan announcements and consider employers when they are just beginning to hire large amounts of pilots. 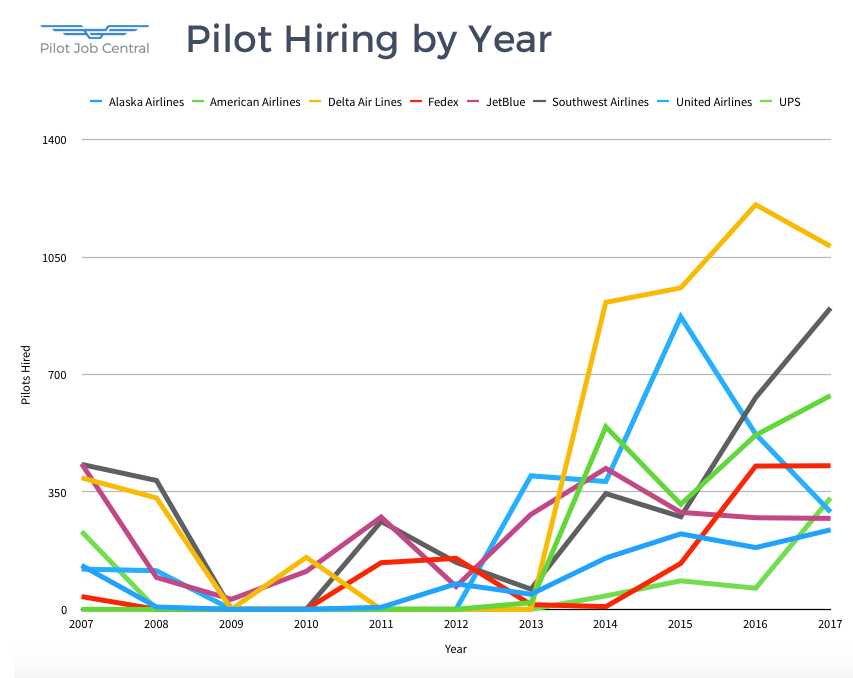