A successful pilot career is within your reach. Though it can appear daunting, when taking it step by step, you can maximize your career, and hopefully enjoy each step along the journey.

Each pilot’s dream career is unique. The pilot job market that pilots work their way up through can widely vary. No two pilot career paths will be the same.

Operating an airplane safely and efficiently requires a solid foundation of skills, technical knowledge, and academic knowledge. Before beginning a pilot career would-be aspirants need to complete the necessary training and education.

All pilots that earn a living from flying must have a Commercial Pilot Certificate. There will also be other specific ratings or certifications that will apply to the unique requirements of each job. The steps for completing flight training can vary a bit, but typical flow as follows:

This step takes place in single-engine airplanes and creates the foundation of skills necessary to earn advanced certificates and ratings. Private pilots cannot be paid to fly.

To begin training for a commercial pilot certificate pilots must first build experience both with instructors and in flying solo. They must gain minimum experience levels in different types of flying conditions such as in night flying, operating between airports, and flying airplanes solely by reference to instruments (instrument time).

After earning a commercial pilot certificate pilots can be paid to fly. However, the operations in which they can be paid are limited by regulations.

Accelerated flight schools offer full-time, fast-paced, training that allow students to complete pilot flight training in minimum amounts of time. Students need to pre-arrange payment for all of the training, either paying with money they have or using students loans, prior to beginning flight training. Students in accelerated flight programs need to arrange their life to make training their full-time job.

In a traditional flight training path students “pay-as-you-go” and can treat training as a part-time endeavor while working or to accommodate other life needs. This is a flexible training option that allows students to set training schedules and the order of some of their certificates and/or ratings. This option allows for flexibility but it usually takes longer to complete than accelerated options. Traditional flight training can be less expensive than accelerated programs.

In addition to completing pilot training pilots seeking a career in flying will need to consider earning an associates or bachelors degree. The requirement for a degree varies based on the type of jobs pilots wish to pursue and varies depending on the hiring environment. With the pilot shortage existing as it does now most employers are not requiring these degrees. In an average pilot hiring environment many employers will require a degree.

Employers that do require degrees are not picky as to what that degree is in. That is, getting a degree from a university flight program does not confer an advantage. However, getting an aviation degree can allow a pilot to earn an Airline Transport Pilot rating (ATP) with fewer hours of flight experience.

A commercial pilot working full-time averages 700 hours of flight time a year. Attending an FAA approved college or university can cut up to 8 months from the time needed to pursue an ATP rating.

Experience Earned – What Pilot Flight Hours Mean for the Career

Pilot flight hours earned is an important metric that a pilot’s career is measured against. The Federal Aviation Administration uses these numbers to determine a pilot’s experience level when applying for certificates and ratings and for pilots to be able to fly within certain types of operations. Employers set minimum flight hour requirements necessary to apply to their open jobs.

There is an argument within the industry as to whether pilots should be graded in this manner. Some will say that it’s the quality in the hours, and training, that matters more than the number alone. There are some metrics of flight time that are generally accepted as indicators of quality of experience:

The bigger, faster, and more complicated an airplane is the better. The benchmark to race for is 1,000 hours of multi-engine turbine pilot-in-command time. When a pilot reaches this point most career doors open.

Flight hours earned will be the criteria that a pilot career is measured against for advancement.

The employment catch-22. Employers want you to have experience before they’ll consider you. But how do you gain experience when every job is requiring experience to be hired?

Though it can seem daunting getting your foot in the door there are many employers hiring into entry level pilot jobs. Working as a flight instructor is the most common first pilot job, but there are other options available, including:

The pilot career is different than most in that entry level pilot jobs often have more consistent schedules and with more weekends and holidays off than in what is found at later career stages.

Typically, no formal degree is required for this step.

Hours required to get a commercial pilot certificate. Part 135 operators will have higher time requirements.

Mid-Career – When a Pilot is Journeyman

What are Part 135 Operations?

The Federal Aviation Administration (FAA) requires additional certificate with more strict regulations and oversight when a commercial operation makes itself available to the public to carry people or cargo over distances.

The most common types of Part 135 operations include smaller-airplane cargo, and charter flights.

What are Part 121 Operations?

There are additional experience, training, and testing requirements for pilots that are certified to work in a Part 121 operation. Pilots must hold an Airline Transport Pilot (ATP) certificate to work for a Part 121 carrier.

Mid-Career Pilot Jobs at a Glance

For those pilots seeking to move on from this tier, they will usually spend 2 to 4 years in a mid-tier pilot position. This can vary depending on the job market.

Work schedules are as varied as the types of operations in this tier. Some positions offer consistent schedules with weekends and holidays off. Many operations will have pilots gone from home and working nights, weekends, and holidays.

The job market influences this, but in a normal working environment an Associate’s Degree is required for this tier.

Part 121 operations will require an Airline Transport Pilot (ATP) Rating. Other operations in this tier will require a commercial pilot certificate with most requiring a multi-engine and instrument rating.

This will vary depending on the type of operation. 121 operations will require hours needed to hold an ATP. A minimum amount of multi-engine time is typically required for jobs in this tier. Some operators will have highly specialized flight experience requirements (such as firefighting operations).

Career Destination – The Final Tier Most Pilots Aspire to

Each pilot has a unique dream of what their ideal job would look like. For many this is working for a Legacy Airline, Major Airline, Large Cargo Carrier, in a Corporate Flight Department, or for a Fractional Corporate Jet Operator. These are the highest paid jobs available to pilots.

Why Move From Mid-Tier to The Final Tier

Pilots can make a comfortable living working a career in a mid-tier pilot position. But there are advantages to advancing to the final tier:

Being the final tier, pilots can work in this position until mandatory retirement when they can no longer hold a first class medical certificate at age 65.

Operations in this tier will have pilots gone from home and working nights, weekends, and holidays. Schedules improve as a pilot gains seniority with an employer.

In a normal pilot hiring environment employers in this tier will require a bachelor’s degree.

During a pilot shortage pilots can get hired into this tier with little more flight time than what is required for an ATP certificate. In an average hiring environment pilots will need 5,000+ hours with significant experience in turbine engine airplanes to be considered for this tier. 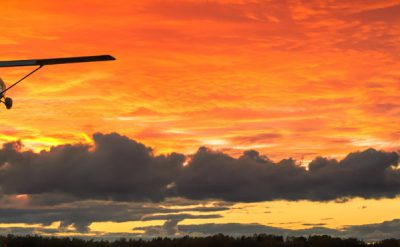