Flight School Association of North America (FSANA) says it continues to receive reports from flight schools that they are being hampered by an inability to secure practical tests for flight students.

FSANA has said that some flight schools are reporting a need to schedule flight tests 4 to 6 months in advance. The shortages are hitting areas like Florida and California especially hard. Some larger training operators have reported a need to purchase airline tickets for their students to take tests in other regions where an examiner can be sourced.

Each of the delays in training adds extra costs for the students and additional costs to the flight schools that provide the training in addition to setting the students back in their progress.

FSANA says it has been working with the Federal Aviation Administration (FAA) to address the problem though they also say the problem is getting worse.

The pilot shortage burdening the Regional Airline Industry is also partially responsible for a shortage of flight instructors. Also buried in reports of the shortage is that the United States is short of designated pilot examiners (DPEs). DPE are local pilots that have been certified by the FAA to conduct checkrides on behalf of the FAA.

In recent years the country had 1,500 designated pilot examiners. Currently the FAA reports 850 available DPEs. Many examiners have retired over the past few years as a result of changing FAA requirements with the FAA not filling those vacancies. Exacerbating the issue is the current active hiring climate which has added some burden.

FSANA says another issue is a general change in how flight training is provided with shorter time periods and with flight training being concentrated in specific areas to take advantage of better weather. This is a different environment from when the testing structure was originally developed 50 years ago.

FSANA says that it is time for the FAA to make changes and work with the industry to keep the pilot training pipeline flowing in the United States.

FSANA has helped set up a direct e-mail link to the FAA for industry customers to speak with the people at the top, avoiding conversations with local Flight Standards District Office managers. [email protected] 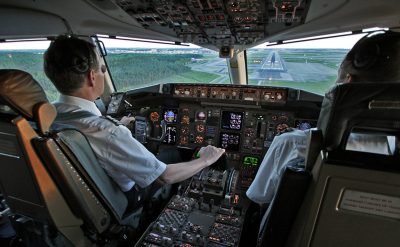