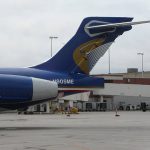 A group of industry executives is attempting to revive defunct Midwest Express Airlines and has file a private stock offering with the U.S. Securities and Exchange Commission towards “first step in the process to bring back Midwest Express Airlines,” according to a communications person associated with the group. There is no set timetable for bringing the company back but a round of fundraising was recently completed.

WestJet pilots who fly for airline’s budget carrier will be unionized: ALPA 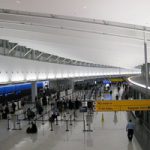 The price of jet fuel is on the rise, but due to significant competition between airlines the carriers haven’t been able to pass on much of the increased cost to consumers. Airline investors are expecting that the airlines profit margins will take a hit this summer.

Singapore Airlines has announced the worlds longest commercial flight, to begin in October. The flight will be between Singapore and New York using the Airbus A350-900ULR and will take up to 18 hours and 45 minutes. The route will be initially flown three times a week. 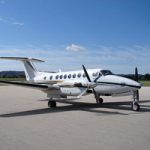 Inside the Regionals: A Look Inside Mesa Airlines’ Headquarters and Training Center

Airline Geeks gets a look inside the day-to-day operations of Mesa Airlines by touring their Corporate Headquarters located near Phoenix Sky Harbor Airport. Airline Geeks was also able to tour nearby Mesa Maintenance Facilities and Training Center. 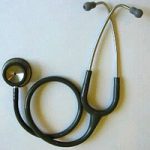 The Air Transport Industry is attempting to overcome the stigma of mental health problems for pilots. But Aedrian Bekker with the Centre for Aviation Psychology says that “normalising the issue, to ensure pilots feel able to seek and obtain support, remains one of the most difficult obstacles.”

Bombardier has announced that it has been working in secret with Rolls-Royce and other suppliers towards new Global 5000 and Global 6000 with new engines and new wings. The new airplanes will be the Global 5500 and Global 6500 and are slated to go into service at the end of 2019. The new airplanes will retain the same fuselage as their predecessors. 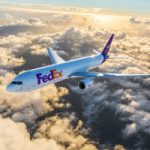 The International Air Transport Association (IATA) has released data showing that demand in global freight traffic rose 4.1% in April 2018 compared to the same month in the previous year. Freight capacity increased 5.1% during this same period.

Alexandre de Juniac, IATA’s Director General and CEO said “April saw a strengthening from the abrupt slowdown in growth experienced in March. This is good news. We remain cautiously optimistic that demand will grow in the region of 4% this year. But the forecast appears to have increasing downside potential. Oil prices continue to rise as does protectionist rhetoric. Borders open to people and to trade drive economic growth and social prosperity. We are all disadvantaged when they are closed”