Airbus:100 A320neos To Be Waiting For Engines By End Of June 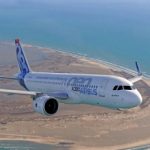 Airbus expects that by the end of June they will have 100 nearly completed A320neo airplanes , but without engines available to finish them. Guillaume Faury, president of Airbus Commercial Aircraft, said “We have an industrial crisis to manage. It is not a good situation. We try to communicate with our customers as well as we can.” Airbus decided to continue building the airplanes, even knowing there would not be engines available, hoping to be able to deliver them by the end of the year.

Republic Airways has launched Leadership In Flight Training (LIFT) academy and has already begun recruiting students. The goal is to provide a training and a direct-to-hire program for the airline. The program is unique among new training programs started by airlines in that they are seeking to cap the cost to the student to $65,000 to complete the flight training. 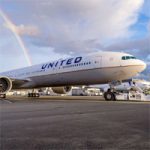 United Airlines has announced several pilot hiring events for the fall. There will be three total events, with one geared towards pilots with a civilian background scheduled on September 19th, an event geared towards pilots with a military background is scheduled September 20th, and a family event is planned for November. United Airlines has said they plan to hire indefinitely to address growth plans and projected attrition.

Executives from the maintenance, repair, and overhaul (MRO) industry have said they are already having to deal with increased costs from maintenance materials and labor. The increases are pushing up operational expenses for airlines and are expected to continue into the foreseeable future. There is a aircraft mechanic shortage materializing in the aviation market.

Airline captains should do more supervising and less flying, according to new aviation research 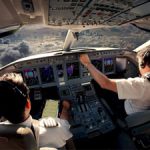 A new scientific review article published in Aviation Psychology and Applied Human Factors concludes that it is safer when airplane captains supervise rather than take direct control of an airplane. Author Stuart D. H. Beveridge of the University of New South Wales says “In many cases the captain is obliged to be the pilot flying (consequently delegating the supervisory monitoring task to the first officer), or at the very least strongly feels that this is the safest course of action. The potential that the use of this philosophy (or lack thereof) has very real and significant implications for aviation safety made me want to formally investigate exactly what evidence supported it, so that research may guide any necessary policy and/or cultural changes in the industry.”

An American Airlines A319 was enroute from San Antonio to Phoenix when it had to divert after being struck by hail. American Airlines said in a statement “The aircraft is currently being evaluated by our maintenance team. We never want to disrupt our customers’ travel plans, and we are sorry for the trouble this caused.” There were no injuries reported on the flight 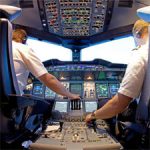 According to a new research study published in The International Journal of Aerospace Psychology “A person who can perform a task in a predictable situation won’t necessarily be able to perform that same task when surprised. “The study merely showed that it’s dangerous to ignore the challenges posed by surprising situations,” Annemarie Landman, a PhD student at Delft University of Technology explained. “However, how to train pilots for these situations is still not very clear. Is it, for instance, necessary to surprise pilots during simulator training, or to train under stress? If so, to what extent?”

The Air Line Pilots Association (ALPA) is speaking out against a provision in the FAA reauthorization bill that will study single pilot operations for large cargo airplanes. ALPA is contending that “remote pilots on the ground would not be able to interact with pilots in the air in a manner that promotes effective cockpit resource management.”