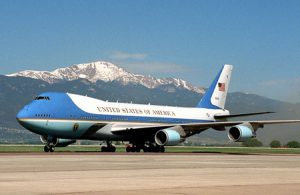 The Senate Appropriations Committee has approved $3.5 Million in funding for airports in Florida and New Jersey that have been adversely effected by extended Presidential temporary flight restrictions (TFR). The funding will be available to non-gateway airports and businesses that must close when the TFR is in effect. A House Bill also calls for a study into allowing certain general aviation pilots to continue flying during presidential TFRs.

Shortage of pilots: Myth or M(yth)conception

Is the pilot shortage a myth or misconception? Or is it that the airlines having too much of a process-driven selection process and too many unnecessary requirements? Are working conditions and wages not competitive enough for pilots? 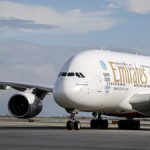 Airbus predicted that the hub and spoke strategy, where large central airports were the center piece of operations, would be dominate in commercial aviation. The Airbus A380 was created around the idea of flying between large hubs. Boeing predicated that point to point travel bypassing major hubs would dominate. The Boeing 787 appeals to longer thin routes. This post addresses which predication has been more accurate.

United Airlines has announced a new agreement with University of North Dakota (UND) that will give aviation students access to a career path with the United. United Airlines has said that as long as its hiring that students in the program that maintain eligibility will be offered conditional employment.

The Dassault FalconEye system is the first HUD to combine synthetic, database-driven terrain mapping and actual thermal and low-light camera images into a single view. The system was certified in 2016 in the Falcon 2000 and 900 then in the 8X in early 2017. Dassault expects to receive certification for “EFVS to 100 feet” operations in the 8X by the end of 2018, then in the 2000/LXS and 900LX in the first half of 2019

Capt. Tara Wright, an Alaska Airlines pilots is on a mission of educating more young women that they too can be in the flight deck. Wright is a member of Sisters of The Skies, a national organization of professional black women pilots, an organization promoting and supporting minority women in their pursuit of aviation as a career through STEM outreach education, mentorship and scholarships. 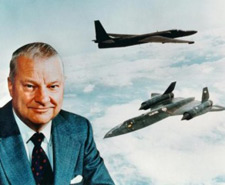 Skunk Works was founded in the mid 1940s at the height of WWII and was tasked with developing ground-breaking aerospace technology and weapons systems. The Skunk Works’ founder of record is Kelly Johnson and the organization is in-famous for creating many well-known airplane designs.

Airbus has said it will acquire most of the C Series Aircraft Limited Partnership (CSALP) comprised of Airbus, Bombardier and Investissement Québec (IQ). “Airbus will work with its partners Bombardier and IQ to fully unlock the C Series’ potential and create significant new value for customers, suppliers, employees, shareholders and the communities in which the partnership operates,” Airbus said.