Microlearning, and why flight training needs it.

Ed Bastian, CEO of Delta, said at the National Press Club that Delta Airlines has had discussions with Boeing about being the potential launch customer for a new Mid-Market Aircraft. The Middle of the Market Aircraft does not have a designation yet, but the press has taken to referring to it as the 797. The airplane would be designed and built to fill the gap between the 737 and 767 in Boeing’s product line.

One of JetBlue Airway’s airplanes experienced a communication issue and sent a false alarm to air traffic controllers. “While communication was reestablished via alternate channels, authorities responded out of an abundance of caution,” JetBlue said. “The aircraft was cleared and returned to the gate for inspection.” 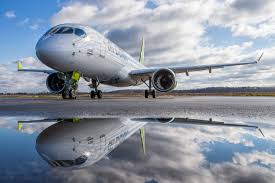 JetBlue founder David Neelman is attempting to raise capital to start a new airline called Moxy Airways. Moxy Airways has agreed to buy 60 CS300 jets and is seeking to operate them between secondary airports. But analysts say that Moxy is facing an uphill battle as JetBlue and Southwest Airlines have already made low fares tied to high-quality service attainable for most airline customers.

GAO: Military Must Learn Why Pilots Leave for Commercial Airlines

A new Government Accountability Office report has said that the military needs to get a better handle on why pilots are leaving the military, and on how many of the pilots are choosing to leave the military for commercial pilot employers. The report has come out as the military is now facing a pilot shortage, especially in the fighter pilot community, where they are short 27 percent of needed staffing. 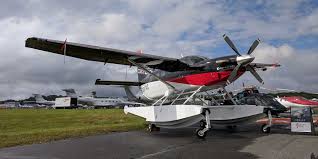 Clay Lacy Aviation, the authorized Quest Aircraft dealer for the Northeast and Western U.S., has introduced the newly-upgraded Quest Kodiak 100 Series to to the Northeast region. The turboprop single builds on the success of its predecessor and includes several new features such as angle-of-attack indicator, digital four-in-one standby unit, Garmin G1000NXi, and Flight Stream 510 wireless Bluetooth gateway.

Boeing 737-800 in-service numbers are expected to peak in 2021 with 5,200 aircraft. No 737-800 retirements are expected before that time. The -800 variant entered service in 1998, and since then the combination of airframe and powerplant has been very popular with airlines.

How are ‘GENERATION Y’ airline pilots different from their more experienced colleagues?

Is it easier to become a pilot not than it was 20 years ago? Nothing remains the same, regardless of how much we would like to feel certain for an instant. The generation entering the labour market handles the test situation in a much more relaxed fashion than their past counterparts. 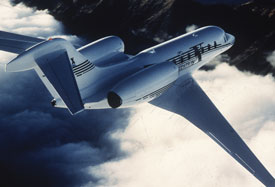 Production of the Citation X is coming to an end after 22 years.  The airplane was Cessna’s signature technical masterpiece during the era, boasting a 50-100-kt. speed advantage over competitors. The Citation X’s price was almost half of other transcontinental business jets, though with a much smaller cabin.

DOT Secretary Elaine Chao has said the administration is considering a change to the rule requiring Part 121 first officers to have an Airline Transport Pilot Rating. The regional airline industry has been facing a pilot shortage since the rule has been implemented. “You know, I think there needs to be a robust discussion, because obviously we hold the memories of those who are lost in our hearts, and we don’t ever want to see an accident like that again or any accident ever occur,” Chao said. “But there is this side effect, unanticipated, corollary impact of reducing the number of pilots, pilots who can very safely fly in our sky. So I think Congress needs to have this discussion, and we will abide by the wishes of Congress.”

Ryanair cancelling ‘up to 100 flights’ over French strike

Ryanair is cancelling flights this weekend because of a strike by French air traffic control (ATC) workers. The airline has said it expects up to 100 flights to be cancelled. A spokesman for Ryanair said: “All affected customers have been contacted by email and text message and advised of their options: a full refund, rebooking on to the next available flight or transferring to an alternative flight.”

Avic has finalized the structural design of its MA700 turboprop airliner, with complete systems specification now a month or two from determination. The manufacturer confirms plans to fly the first MA700 late in 2019 and says it is aiming for certification from the Civil Aviation Administration of China (CAAC) at the end of 2021.