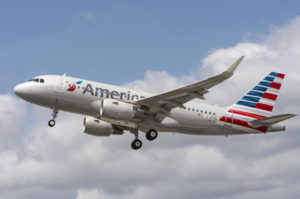 American Airlines recently cut its Q2 unit revenue growth forecast to a new range of 1% to 3% and increased its second quarter fuel cost forecast by $0.06 per gallon. Profitability has been decreasing at American Airlines Group since early 2016. The airline disclosed that last quarter’s unit revenue shortfall was driven by lower domestic airfares. The revenue slow down coincides with an uptick in capacity growth at United Continental, which competes in many of the same markets as American.

A close look at the some of the biggest commercial aviation stories expected at the 2018 Farnborough International Airshow: 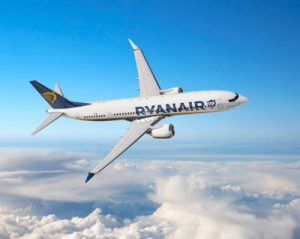 Ryanair Pilots in Ireland held a strike for on Thursday as they demanded better conditions from Europe’s largest low-cost carrier. 100 of Ryanair’s 350 Irish pilots participated in the strike for 24 hours to demand a more transparent system of pay, promotions and transfers. IALPA union says it wishes to limit excessive discretion management have over pilots’ careers. A union representative said more strikes were possible.

Shares of Spirit Airlines ended the day, June 12, with a 10.2% gain. Spirit updated its second-quarter guidance saying that revenue per available seat mile (RASM) decreased 6.8% year over year but that non-fuel unit costs decreased 11% in that same period. The costs decreases reflect strong cost control measures. Fuel efficiency has also improved significantly for the Spirit as the airline has been adding more fuel efficient airplanes to the fleet.

The fallacy of single pilot airliners 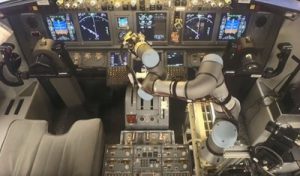 A Congressional Committee has proposed creating a program within the Federal Aviation Administration to study technologies to remove a pilot from airliners in favor of a robot arm, operated by a human on the ground via datalink. National Aeronautics and Space Administration (NASA) has previously studied the concept of single pilot airliners with the conclusion that the safety implications and risk do not justify the cost savings of eliminating a pilot.

The Air Line Pilot Profession: Value beyond the Paycheck

“We know the price of everything and the value of nothing.” By operating by a dollar metric we cheapen the airline pilot profession. Definitions of professional includes; a self-policing group, putting the public’s interest above one’s own (or earning the public’s trust), negotiating the terms of the our careers and requiring a Code of Ethics. 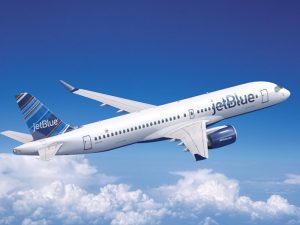 Airbus has said it is rebranding the Bombardier C Series as the A220, putting it just under its long-standing A300 portfolio which stretches from the 124-seat A319 to the 544-seat A380. Airbus expects to sell a “double-digit” number of the jets and sees demand for at least 3,000 of them over 20 years. The deal for Airbus to take control of the Montreal-based aircraft program with Bombardier and Quebec as minority partners closed on July 1.

JetBlue Airways announced Tuesday that it has placed an order for 60 Airbus A220-300 airplanes with an option to purchase up to 60 more. JetBlue has said it doesn’t yet know how many seats the airplane will be configured with. The Airbus A220-300 can hold up to 160 passengers. The new airplane orders are intended to replace Embraer E190 in JetBlue’s fleet. 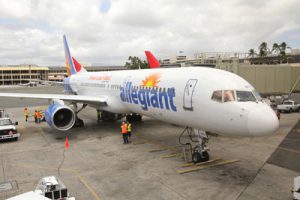 Allegiant Airlines has been meeting with its pilots union to resolve a dispute over a scheduling system that the union says disregards the seniority and preferences of the airline’s pilots. In a recent vote 93.5% of Allegiant pilots said they are willing to strike to push management to resolve the problem. The union said the airline agreed in 2016 to fix the system but continues to “stonewall” negotiations over the system. Allegiant pilots are represented by Airline Pilots Assn., Teamsters Local 1224.

In a recent flight test series, which took place at NASA’s Armstrong Flight Research Center in California, NASA has successfully tested a new technolog in flight that allows aircraft to fold their wings to different angles while in the air. The project intends to obtain aerodynamic benefits in flight by folding wings through the use of a lightweight material called shape memory alloy.

Boeing Teams Up With Brazil’s Embraer In New Joint Venture 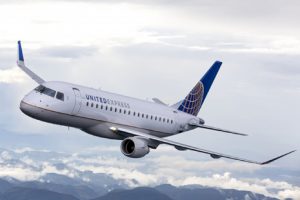 Boeing and jet maker Embraer will attempt to form a joint venture that would push the U.S. airplane manufacturer into the market for smaller airliners. The two companies have said the details still need to be worked out and they expect negotiations over terms “to continue in the coming months.” The new company would be valued at $4.75 billion with Boeing holding 80 percent while Embraer owns the remaining 20 percent. The Brazilian government has veto power over the pending deal.