As the pilot shortage deepens demand for pilot services will continue to increase. Unprecedented opportunity lies ahead for those that know how to leverage their position in the market. Learn about 8 strategies to take advantage of the current job market and find the best pilot job for you.

Know Your Value Before Searching

Compensation has changed pretty dramatically for professional pilots through the decades. Current market forces has pilot pay on a rapid upswing. Pay has been increasing at a dramatic rate these last few years.

It is important for pilots looking for a job to know the market rates for the positions they are applying to. They need to know whether an employer is offering competitive compensation. Some employers may be having continual open positions because they aren’t keeping up with recent increases in pay. 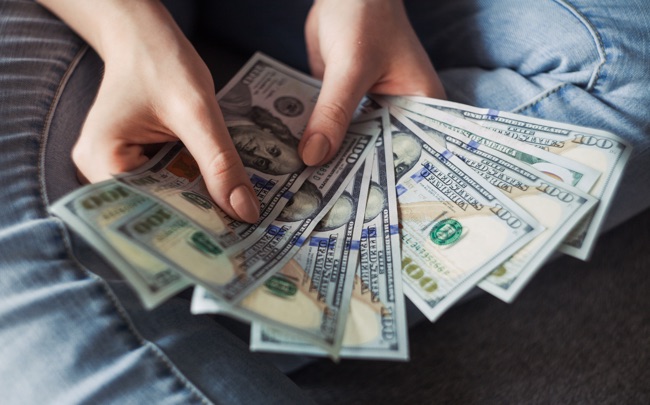 There are so many opportunity available to pilots that most are better served moving on to another opportunity if an employer is unwilling to pay market appropriate rates or seems like they are trying to hide specific details around compensation packages.

Know Your Priorities and Values

Before starting out on your pilot job search create a list of your values and priorities. These should include both the priorities for your personal life and also your professional goals and work environment.

Do you want to advance up the pilot career ladder fast? Then find jobs where you will get a lot of flight time, where you will advance into more complex airplanes faster, or where upgrade times to captain are faster. 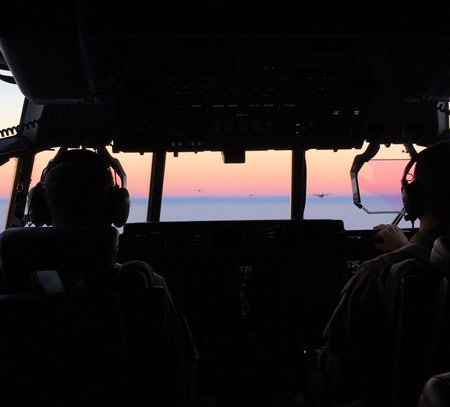 Do you value time at home with your family? Then you will need to focus on pilot jobs that minimize traveling or where staffing levels provide for a better work/life balance.

Pilot seniority numbers are used at employers with unions and employers without unions. Your seniority number is going to dictate your professional life. It will determine the airplane you fly, your schedule, the holidays you are able to take off, the positions and bases you are able to hold, your priority when traveling space available, and whether you will be safe from furlough during economic lean times.

Your compensation and quality of life is going to hinge on your seniority number.

It is important to analyze each employer’s seniority list and compare them when deciding between companies you want to apply to. Each pilot employer goes through cycles where there will be significant movement within their ranks while other times seniority movement stops.

If you time it right you can advance quickly through the ranks of an employer and be able to hold the position, base, and schedules that you want. You will maximize your earning potential. If you time it wrong you might be stuck for many years on reserve, in an undesirable base, with bad schedules, and with no options for movement from first officer to captain.

It is important to be aware of the condition of an employer’s seniority list when considering applying. Each pilot employer goes through cycles where there will be significant movement within their ranks and there will be other times when that movements stops. Things to be aware of are upcoming mandatory retirements, fleet growth plans, and where an employer is at in a hiring cycle.

It is difficult to time hiring cycles. Indictors to be aware of are general economic conditions and to be aware when employers first announce significant hiring plans.

When there is a net increase in airplane fleet size the operator will need more pilots to staff their operation. An increase in the size of a pilot group means upward seniority movement for everyone in the ranks.

When looking at an employer’s airplane orders be aware that total orders is not a direct indication of fleet growth. At least some of the new airplane orders are likely going toward airplane replacements.

When comparing employers to each other go beyond just pay scales and compensation.

Know how long it will take to upgrade between different fleet types and how those fleet types align with your priorities. For example – narrowbody fleets vs widebody fleets. At most employers the wide body airplanes types are more senior. But there is a well known cargo pilot employer where the widebody fleet is junior. At that employer the pay scales are the same regardless of the plane type flown and pilots generally prefer the schedules of the narrowbody airplanes.

Look at seniority lists compared to bases and whether you will be able to base yourself where you want in a reasonable time period. Dig deep to determine seniority list composition and the relative seniority of bases. Some bases will be primarily held by junior pilots while others can only be held by senior pilots. This varies between employers.

Compare the general state of the employers you are considering. Some things to keep in mind are:

You may have a favorite airplane type. And you may dream of flying that airplane. But avoid tunnel vision in pursuit of flying your dream airplane.

As you begin your pilot job searching make sure and list out your values and priorities as mentioned above. Run through available employers and consider:

Chasing a specific airplane type will rarely be the best strategy for maximizing your pilot career.

Promises Not in a Collective Bargaining Agreement are Easily Broken

In a hot pilot job market recruiters will promise the moon. They have quotas to fill and will often say whatever they need to to get your application.

If a promise is made to you when you are a prospect keep in mind that any promise not included in a collective bargaining agreement (CBA) cannot be counted on. CBAs are agreements between unionized pilot groups and employers.

An employer may offer up a lofty new-hire bonus only to then fine-print you out of actually getting it. Or they may show you the entirety of a bonus amount to make it seem more appealing only to have it spread out over multiple years and after reaching multiple different conditions.

Bonus promises aren’t the only ones you need to be wary of. If a recruiter is promising you a specific base or position that may not be what you get after you start training.

It is a good practice to take each offer with a grain of salt. Compare the worst case with each employer in addition to any lofty promises made.

Be Open to Joining Both Union and Non-Union Pilot Groups 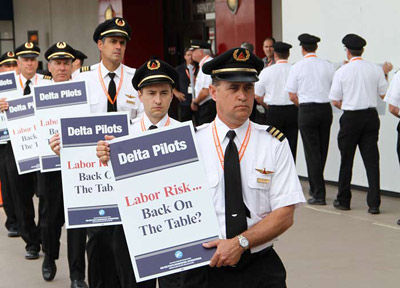 Labor unions have been highly politicized. To throw a pilot job out of contention for not conforming to your viewpoint on this would be to severely limit your options. Most air carrier pilot jobs are with unionized pilot groups while most pilot jobs that would keep you home most nights are non-unionized.

Your primary consideration should be to find the pilot job that best fits your priorities and needs and which gives you the best opportunity to advance into a position that you want.

Advantages of a Unionized Pilot Job

These are generalities and there can be significant variation between employers. Some advantages of working in a unionized pilot job include:

Advantages of a Non-Unionized Pilot Job

These are generalities and there can be significant variation between employers. Some advantages of working in a non-unionized pilot job include:

Listen to the Feedback From Pilots Already Working at a Company 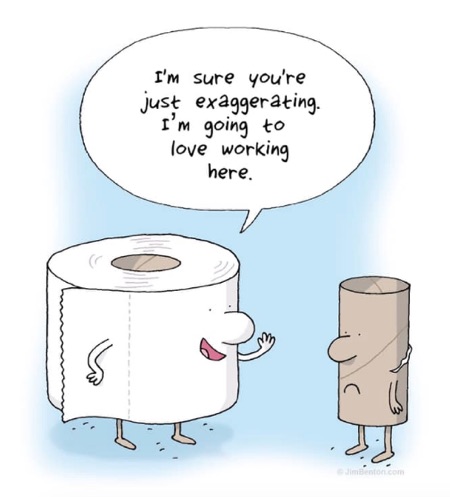 There is no better way to gain insight into a specific position than from the pilots that currently working. The trick is finding pilots to gain insight from. You can get feedback from online forums such as Airline Pilot Forums. If you are already in the pilot career working your way up there may be contacts you can find either through your current employer or through your flight school.

When soliciting feedback keep in the mind that within every pilot group there are going to be people that are always negative, there will be those employees that are irrationally exuberant about their job, and there will be pilots in between the two extremes. The goal should be to find the pilots in the middle as they typically have the most objective view. Also be wary of new hires as many employees are in a honeymoon phase for the first year or two.

Greg started his professional pilot journey in 2002 after graduating from Embry Riddle. Since that time he has accumulated over 7,000 hours working as a pilot. Greg’s professional experience includes flight instructing, animal tracking, backcountry flying, forest firefighting, passenger charter, part 135 cargo, and flying for a regional airline. Greg took a 5 year hiatus from flying and worked in software development and marketing. He has since returned to flying as a cargo pilot. Greg enjoys educating and helping pilots improve their professional lives and is passionate about applying technology and new methods to help with traditional challenges.

Which Pilot Jobs Are Safer in Recessions?

Where to Live? Domicile Choices At Legacy, Major, and Regional Airlines 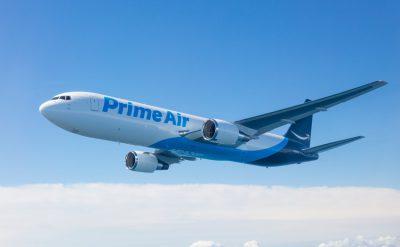