The acquisition is Southern’s third in the last four years. In the previous acquisitions Southern changed the names of the carriers and rebranded them into its own operations.

Unlike the previous deals, Southern intends to keep the Mokulele brand active within Hawaii – though all flight operations will eventually merge into the single Southern Airways FAA operating certificate.

“The Mokulele brand is beloved in the Hawaiian Islands,” said Stan Little, chairman and CEO of Southern “I’ve found their aloha spirit to be very similar to our company’s core values, so we are truly excited about adding the Mokulele name to the Southern family of companies.”

Little said of the merger “We’ve looked at several potential acquisitions over the last couple of years. This was the first opportunity that I believed to be the perfect complement to operation. We fly the same aircraft type, we have similar operational structures and their assets and revenue streams help diversify our balance sheet. This acquisition will give the newly-combined company stability in an otherwise volatile marketplace, while making Southern Airways a nationally-recognized brand.” 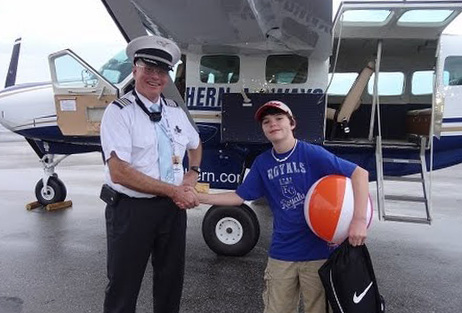 Southern Airways Express is a Mississippi based commuter airline that operates under part 135 of the federal aviation regulations. The airline was founded in 2013 and now serves 20 cities – some of the cities are served under Essential Air Service (EAS) grants.

Southern Airways Express is hiring pilots to fly as part 135 captains. Requirements to apply for the position include:

Working as a part 135 pilot on smaller equipment is considered a low hour or entry level pilot position.

Mokulele Airlines is a commuter airline based in Kona on the big island of Hawaii. The airline was founded in 1994 as Mokulele Flight Service by Rebecca “Kawehi” Inaba, and was the first airline in Hawaii to be founded by a Native Hawaiian woman.